Displays, our toolbox to manage your monitors, is now fully compatible with the latest release of macOS “Catalina”. Previous version of Displays was already compatible, but with the version 1.9 released today, we ensured that every single function is working properly on macOS 10.15.

We also added new features requested by our users. True Tone can now be quickly enable or disable from the main window. This feature, only available on some MacBooks, will adjust the color and intensity of your display to match the ambient light so that images appear more natural. Other new features are related to the Picture-in-Picture (PiP) mode which can be enabled with a keyboard shortcut and/or when app launches.

Last, we fixed many issues like frequencies that were truncated for some monitors like the MacBook Pro 16in built-in display. Check the full release notes to get more information.

Displays is available as a Free Download with a 15 days trial period, so give it try!
More information | Buy Now | Release notes

We’ve just released a new version of our app Displays, which helps you to change your monitor resolution and adds tons of premium features. Displays 1.8 is a free update for all our users, but it now requires at least macOS Mavericks 10.9. People having bought Displays on the Mac App Store can obtain a free license key to upgrade to this version, as the Mac App Store version is not updated anymore.

In this version, we’ve written our screenshot tool from scratch. Instead of capturing the entire screen, you may choose to capture a specific window or only a portion of your screen. In this case, some presets help you to capture with fixed dimension and you’ve got some hints about dimension and position of the selected portion. All settings can be changed on the fly: screenshot destination, timer, mouse pointer capturing… 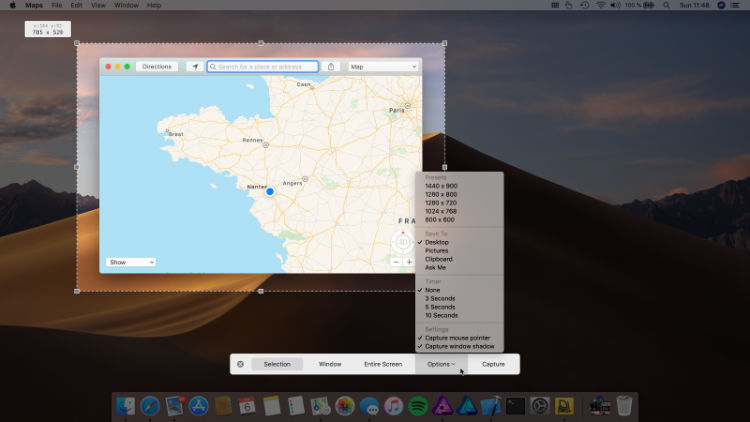 The screenshot editor is also greatly improved in this version. We’ve added new tools to annotate your screenshot: polygon, star, bubble speech and rotation are now available. Positioning elements is also easier as you can automatically align them with our magnet function. New functions to export your screenshot are now offered: copy to macOS clipboard and save to a new location. Last, we’ve improved many parts of the editor and fixed some bugs.

Displays is available as a Free Download with a 15 days trial period, so give it try!
More information | Buy Now | Release notes 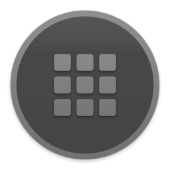 Today our app Displays is receiving a major update. Version 1.7 comes with a lot of new features, improvements and fixes, especially for the latest release of macOS Mojave. This is a free update for all our users.

We’re very proud of our night mode, conceived to rest your eyes when you’re working in a dark environnement. With version 1.7, we’ve added an auto-switch feature: night mode will be automatically enabled when you launch any app of your choice, and will be disabled when you quit this app. Our night mode is far more powerful than Apple implementation launched with macOS High Sierra (called “Night Shift”), so give it a try! And don’t forget: our app Displays is working from macOS Mountain Lion (10.8), so you can get a night mode even with older macOS versions which don’t include Night Shift from Apple.

We’ve largely improved notifications, either those using our internal mechanism or those displayed in macOS Notification Center. First ones now adopt same appearance than macOS on recent versions. Second ones have now an icon associated to each action, and for some actions you can easily cancel it by clicking embedded button (let’s say you hid desktop icons, embedded button will let you show desktop icons again).

With the release of macOS Mojave a few weeks ago, we’ve worked hard to fix all bugs and to extensively support new dark theme. Indeed, Displays already included a dark theme, but now all parts of our app is supporting dark theme too (Preferences, Welcome screen, screenshot window…).

Other improvements and bugs fixes are too numerous to get listed here, but you can read the full release notes here.
Displays can be tried out for 15 days and is only 5,99€ for purchase.

We’ve just updated Displays to version 1.6, our app to change resolution on Mac and manage monitors. This version adds a lot of features for taking screenshots.

First of all, when you take a screenshot, a new sharing window is now opened by default, as shown below. Inside this window, you can preview your screenshot and share it easily: either to an hosting service or to any other app installed on your Mac (we’re using the macOS sharing facility). In addition to Cloudapp and Dropbox, already supported, we’ve added OneDrive, Google Drive and FTP server support.

The other improvement is screenshot edition and annotation: directly in the sharing window, you can resize and crop your screenshot. We’ve added a lot of useful tools to annotate your screenshot, like drawing rectangle/circles, lines, free drawing, text, highlighter and even a blur/pixelate tool to hide sensitive data.

Last, we improved support for video card switch. MacBooks Pro and iMacs have two video cards, one called integrated (Intel) and the other one dedicated (Nvidia or ATI) ; macOS switches to the best video card, according to its needs. We’re now displaying the actual name of the video card in use, instead of just “Integrated” or “Dedicated”. And we’ve also added a notification when macOS is switching video card in use (enable this notification in Displays preferences, as this is turned off by default). 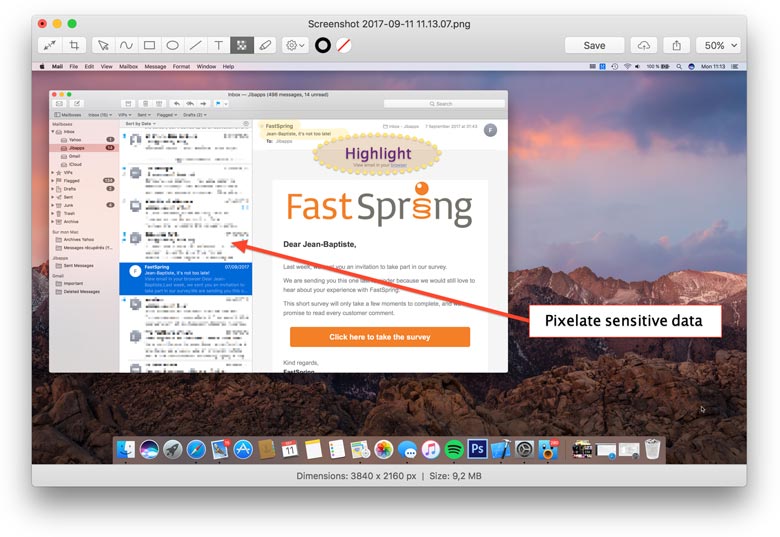 We’re releasing today a new version 1.4 of Displays, our app to change resolution on Mac and manage monitors.

With this version, you can choose the amount of blue light to reduce, in order to rest your eyes, and you can now assign a keyboard shortcut to take a screenshot. Other improvements have been made to better handle overheight menus and to show if a monitor supports P3 wide gamut. 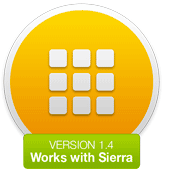 But above all, we fixed bugs occurring with macOS Sierra. With version 1.3, Displays was not able to support retina resolutions on all Macs. We’ve fixed that. We also fixed a bug preventing the dark mode to be correctly switched on/off when using our night mode.

For a limited-time only, you can buy Displays on our webstore with a 30% discount offer: enter the coupon code “WELCOME”.

Today, we took the decision to start selling our apps by ourselves.

When Apple opened their App Store for the Mac in 2011, we immediately decided to sell our apps on it. TunesArt was the first app on the store, and TrashMe just after. In may 2016, we launched a third app on the Mac App Store: Displays.

The Mac App Store is a great way to discover new apps. For users, it also means a centralised place to buy, manage and install their apps. However, nothing has been really easy! Before releasing TunesArt on the Mac App Store, we submitted dozen of versions to Apple: all rejected. We removed two features (automatic download of lyrics and iPod scrobbling) to conform to Apple rules. Same happened with TrashMe: on the App Store, an app can’t offer a feature requesting admin password. That was a major issue, as the purpose of TrashMe is to uninstall apps and clean your Mac, which means sometimes requesting admin password.

For Displays, the situation is a bit different: Apple changed something in their API designed to manage resolutions. That means that Displays can’t manage Retina resolutions anymore on macOS Sierra… at least not with the official way. You need to know that there are public and private APIs. When you change your screen resolution, Apple is using a private API, and not the public API exposed to all developers. And guess what? Using private APIs is strictly forbidden on the Mac App Store, so we have no choice: leaving the Mac App Store is the only solution.

Visit our webstore to buy ours apps.

One month after its launch on the Mac App Store, we’re releasing a new version 1.3 for our app Displays, a powerful monitors manager for OS X. This update is available through the Mac App Store.

We drastically improved the screenshot feature. First, you can now choose the default location and filename of screenshots. By default, Displays will always ask where to save the screenshot, but this behavior can be changed in Preferences. Second, we implemented full support for Dropbox and CloudApp services: after taking a screenshot, you can upload it automatically and the link will be copied to the pasteboard. In Displays Preferences, you can choose to be asked before uploading the screenshot and you can play a sound and show notification when upload is done. We’ll add other services in future releases.

We also improved other parts of the app. When you’re using the “Hide desktop icons” feature, all your desktop functions are disabled, which sometimes can be frustrating. So, drag and drop is now supported on your desktop even if you’re hiding desktop icons. When drag occurs, the desktop is revealed and when you drop the file, your desktop icons are hidden again. Last, the mouse pointer highlighter can now distinguish between left and right click (different color).

We’ve just updated Displays to version 1.2.1, available on the Mac App Store. Displays is our new app for OS X to manage all monitors attached to your Mac, with features like easy resolution change, Picture in Picture, Night mode or Virtual laser pointer.

Apart from bugs fixes and general performance improvements, we’ve also added a dark theme for our app. When OS X is switched to Dark mode, our app Displays will automatically use its dark theme, instead of the normal appearance.

Don’t forget to watch our screencasts on our Youtube channel!

We’ve just released a major update for Displays, our new app to manage monitors. This version 1.2 comes with a lot of new features and fixes bugs reported by users. And now, Displays speaks Italian too. 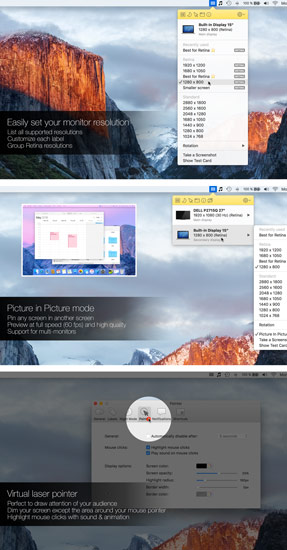 Hide your desktop icons
When doing presentations or demos, you don’t really want to show the mess on your desktop to your audience, isn’t it? Now Displays can quickly hide all icons sitting on your desktop, on all screens. Use a custom keyboard shortcut or use the appropriate icon in Displays toolbar.

Take screenshots
No need to open the Grab tool of OS X! You can now take screenshot of the desired screen. There are two settings available in Preferences: take screenshot after a countdown of 3 seconds, and capture mouse pointer.

Reduce blue light
Night mode does have a new setting to reduce blue light emitted by your monitor, which is known as a potent suppressor of melatonin.

Improved Picture in Picture
Picture in Picture (PiP) is a cool feature to show a Mac OS X screen in another screen. PiP windows can now be freely resized, without any quality loss. We’ve also added two new user settings to define window opacity and stream quality (up to 60 fps).

Other new features
A Test Card can be displayed on any screen to help you in monitor calibration.
You can show resolution aspect ratio in main list.

Displays can be purchased on the Mac App Store for 5.99$.
More information: Displays page | Youtube channel

We’ve just released the first update for Displays, our monitors manager for Mac OS X. Displays 1.1 is now available on the Mac App Store as a free update. It’s recommended for all users, as we fixed several bugs.

We also added some new features. As requested by users, you can now hide resolutions you don’t want to see in main menu (go to Labels tab in Preferences). Last, we added some settings for PiP windows to manage position and level. Read full changelog here.

We’d like to thank all our first users for their enthusiasm and their great support. Anybody can suggest new features and ideas thanks to our contact page. New features will be added in upcoming release, so stay tuned!